Please accept my apologies for the lack of recent posts. Now that tax season is officially over, I am hopeful that I can return to regular postings to this blog. See you in a few days.
Posted by Mona Robinson Mills at 8:49 PM 14 comments: 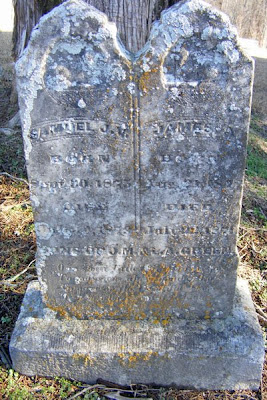 If this doesn't break your heart: two little boys dying within days of each other. Their parents had this lovely double tombstone made for their graves.
Samuel J. M. Green
born Sept. 30, 1875
died July 19, 1879

Little Samuel and James lived with their parents, James and Louisa Allen Green, in the Orwood community of southwestern Lafayette County.
Posted by Mona Robinson Mills at 6:50 AM 5 comments:

Underneath a large, old cedar tree in Sand Spring Cemetery lies a pile of stones, obviously piled to mark a grave. At one end of the mound there is a tall marker for a little boy who was just eight months old when he died in November 1861. It is not known whether the infant is buried beneath the pile of stones or if another family member is buried there.

Joshua W. Green was the son of Andrew Shuler Green and Nancy M. Dunlap. You may remember the Dunlap surname from a previous post. Nancy was the daughter of James S. and Nancy Simpson Dunlap. 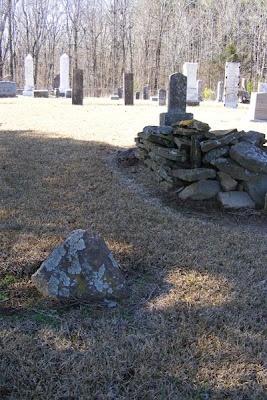 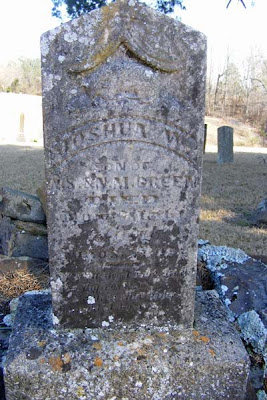 Sand Spring Cemetery is located in the Orwood community of southwestern Lafayette County, Mississippi.
Posted by Mona Robinson Mills at 7:01 AM 3 comments:

Under the shade of cedars

It is a pretty good bet that the shade of the oldest trees in a cemetery covers the oldest graves. The roots of this old cedar tree in Sand Spring Cemetery in southwestern Lafayette County are pushing forward the tombstone of James and Nancy Dunlap. 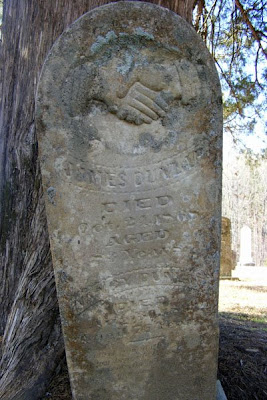 James Sanford Dunlap was born in 1784 in South Carolina and was married to Nancy Agnes Simpson, an Irish immigrant, in 1808 in probably Laurens District, South Carolina. With a surname of Simpson, it is a pretty safe assumption that Nancy was Scotch-Irish and probably arrived with a group of Coventanting Presbyterians to South Carolina.

James and Nancy appear to be relative late-comers to Lafayette County, arriving between 1850 and 1860, from Shelby County, Alabama. Can you imagine the life and travels of Nancy Simpson Dunlap?

Sand Springs Presbyterian Church and Cemetery is located in southwestern Lafayette County in the Orwood community. The church was established in 1850 when some of the members of the Presbyterian congregation at nearby Water Valley petitioned to build their own church north of the Yocona River. Water Valley was south of the river, and during periods of heavy rain, members were unable to attend church there. Interestingly, the petition refers to the Yocona River as "Yockanypataffa" River, a similar pronunciation to Faulkner's "Yoknapatawpha" County.

The first church building, a log structure that initially was used by all faiths on an alternating basis, was replaced in 1854 by the building seen in the photo below. This building is on the National Register of Historical Places and was designed and constructed by master builder William Turner. 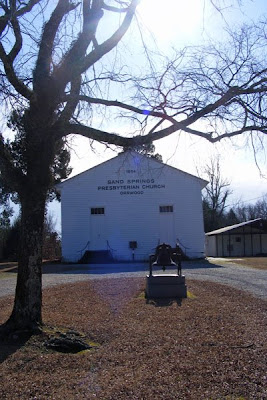 The cemetery is nearby and is rather large for the rural area. Its most striking feature is the stand of beautiful old cedar trees in the middle of the cemetery, and as you might imagine, the older graves are located here. 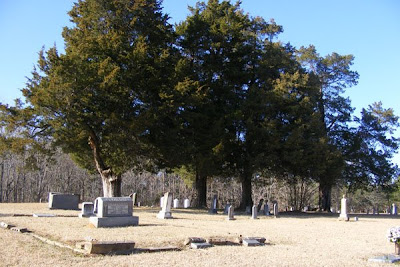 Orwood, formerly found as Orrwood, was named for named for the Orr family that settled in the area. At one time, the community included a post office, school, stores and a grist mill. Today, the church and cemetery are the only indicators of the former community. 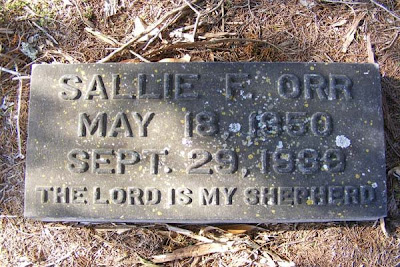 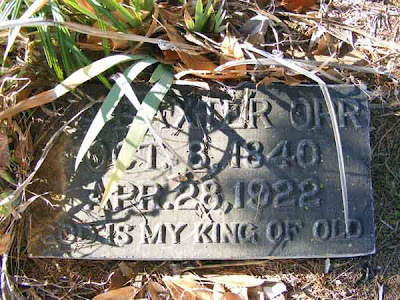 Jack Lamar Mayfield, a local historian, wrote a wonderful history of this church, cemetery and community which appeared in the Oxford Eagle a couple of months ago and supplied much of the information you read here.
Posted by Mona Robinson Mills at 7:40 AM 5 comments: 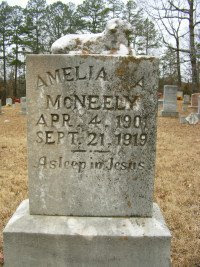 Amelia Arnold McNeely was the daughter of William David McNeely and his wife, Sarah "Sallie" Jane Smith. According to her grave marker, she died when she was only eighteen years old. How sad. Amelia is buried in Cambridge Cemetery in northeastern Lafayette County, near the Cambridge Methodist Church . Both of her parents rest there as well. I'm a sucker for little lambs in cemetery and am drawn to them first thing. That's what drew me to Amelia's tombstone.
The McNeely family were early settlers to the area. Amelia's great grandfather, David, brought his family from Greenville County, South Carolina.
Posted by Mona Robinson Mills at 6:13 AM 3 comments: 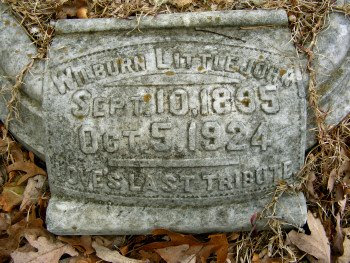 Wilburn Littlejohn was the son of John Littlejohn and Delphia Ellen Reid, families found in early Pontotoc and Lafayette counties. William Faulkner refers to the Littlejohns and other families in his book "The Hamlet" when he says "they came from the northeast, through the Tennessee mountains by stages marked by the bearing and raising of a generation of children.....They brought no slaves and no Phyfe and Chippendale highboys; indeed, what they did bring most of them could (and did) carry in their hands." 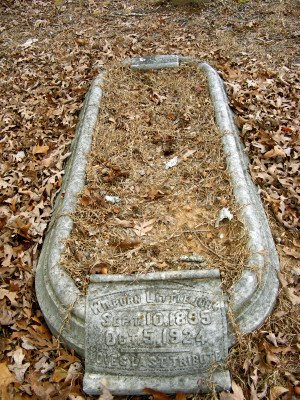 Many Littlejohns are buried in Cambridge Cemetery in northeastern Lafayette County, including Wilburn's parents. This grave "spoke" to me because of its oval shape and and the words "love's last tribute" on the marker. Interestingly enough, Wilburn's mother, Delphia Reid, was sister to my husband's GGG grandmother, Harriett Reid, who moved to Itawamba County and raised a family there with her husband William Elisha Bowen. You just never know who you are going to "meet" in a cemetery!
Posted by Mona Robinson Mills at 6:15 AM 4 comments: